Par Company and puzzles were the creation of Frank Ware and John Henriques, New York, NY. Both men were thrown out of work in the early 1930's by the Great Depression and cast about for a way to keep busy during their enforced leisure. Henriques' family had always loved puzzles, so they began experimenting cutting puzzles in 1931 to amuse their friends and themselves. They experimented for months with materials, saws, prints, etc. until they were able to make puzzles which set a new standard. With the Depression deepening in 1932 and urged on by their friends, they started to make puzzles to rent and to sell. Their social and business connections helped but most of all they were hard workers and took every opportunity to promote their puzzles. And despite the fact that the puzzle industry was rushing to make puzzles as cheaply as possible, they succeeded in building a customer base willing to pay extra to rent and buy top quality puzzles. Bored by the artwork of that day, they used prints of modern art and favored striking travel and advertising posters. Ware, the better artist designed hundreds of unique figure pieces while Henriques, the faster and more intricate cutter, perfected special cutting techniques such as dropouts within the puzzle and elevated forms of irregular edges. Irregular edges were particularly useful in cutting advertising and travel posters so as to omit the printed message. Early on, they cut a swastika (old Hindu character) into each puzzle as their signature piece, but when Hitler "appropriated" the symbol, they changed to the seahorse and every puzzle from then on had at least one and usually two sea horses cut in as the Par signature pieces. Many puzzles also had gold stenciled onto the surface the same stylized sketch of two sea horses used in signing their voluminous correspondence. Custom-made puzzles featured the owners' monograms and significant dates and figure pieces appropriate to the owners' interests. Each box label listed a "Par time" to assemble the puzzle: the time it took Henriques, a VERY FAST puzzler to actually assemble it. As they became too busy in later years to assemble each puzzle, the par time became an estimate. Sometimes, when a customer became too frustrated with par time, the label would state (using initials of the owner) "knows". Boxes used were plain black boxes with no guide pictures; a puzzle number was listed only for their rental Pars. They operated a lending library for over 30 years, ending in the 1960's, periodically culling their rental collection by selling off worn Pars much cheaper than new Pars. Many of these rental Pars are offered on today's market where "buyer beware". Henriques died in 1972, and Ware gave the entire business to his apprentice, Arthur Gallagher, who moved the business to North Massapequa on Long Island. In the early 1980's, Gallagher retired from the business and turned it over to John Madden who still operates it today from his home in Wantagh. For more about Par Puzzles, see Ch. 6 of Anne D. Williams' book which is the source of the above information: "The Jigsaw Puzzle: Piecing Together a History", Berkley Books, div. of Penguin Books, New York (2004). 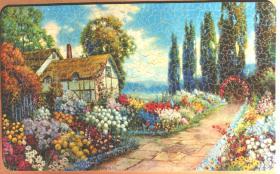 At the End of the Lane
Maker: Par Company
Series: 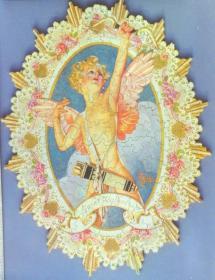 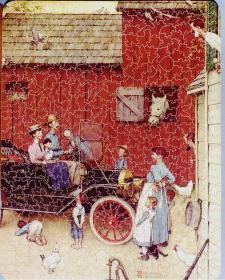 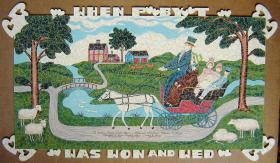 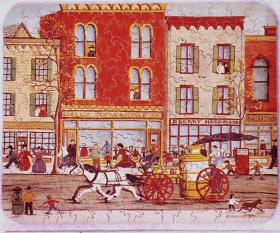 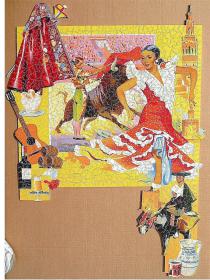 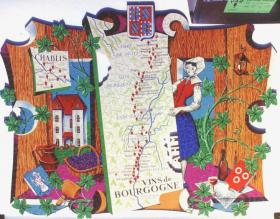 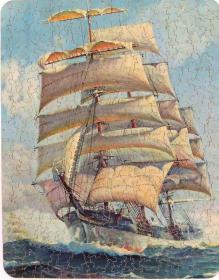 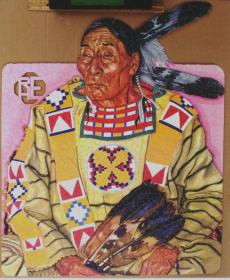 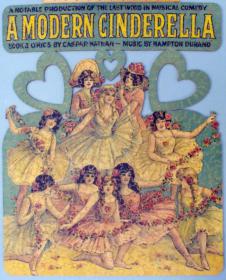 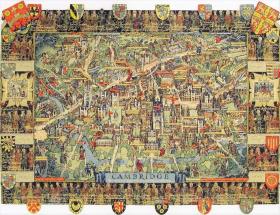 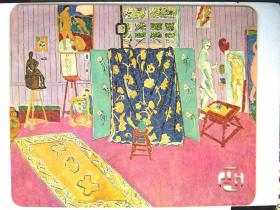 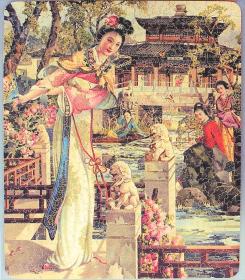 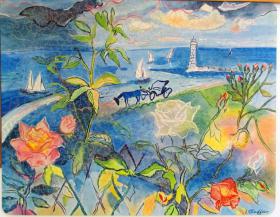 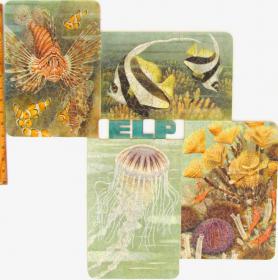 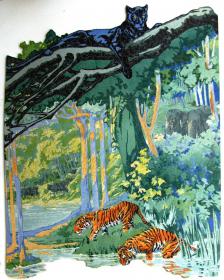 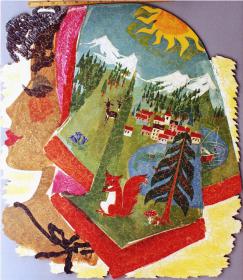 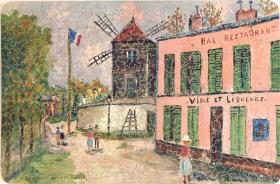 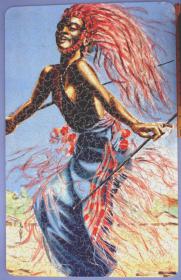 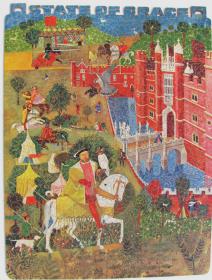 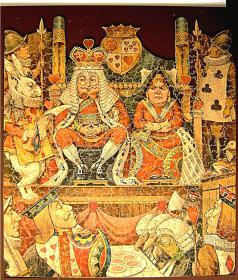 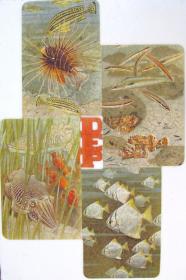 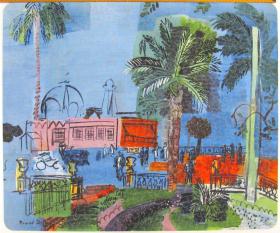 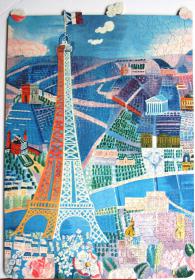 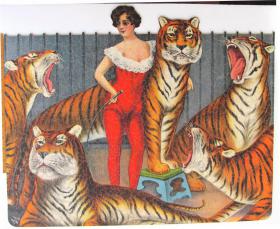 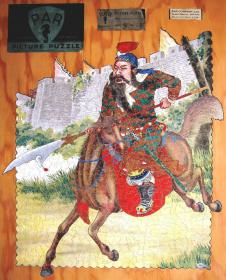 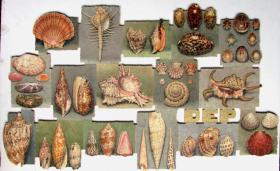