While not experts, both my wife (Hildegard) and I love grand opera. When we first started collecting jigsaw puzzles nearly a decade ago, we were delighted to discover that opera scenes were quite fashionable for cutting into large puzzles starting in the 1910's right up to the 1930's. Parker Brothers, for example, listed in its very early 1910 catalog in the 750 and 1000 piece sizes two separate scenes from "Pagliacci" and "Salome Dancing before the Throne". And the Winter 1911-1912 Pastime catalog lists a broad range of opera scenes available in puzzles:

Over the next two decades, many titles were dropped, some marketed in a different size and new ones added, but the listings were never as numerous as in the early catalogs. By the 1930's Madam Butterfly and Carmen were about the only titles available. New titles added after the Winter 1911-1912 catalog:

Please note that the above spellings are from the Pastime catalog listings and are not necessarily the correct spellings. Also note, some of the titles put on the box label may differ a little from the catalog listings.  Interestingly, almost all opera puzzles we have found were made by Parker Brothers as Pastime puzzles.

Much of the artwork for the opera puzzles is as "grand" as the grand opera it is trying to represent. However, despite referring to two texts, we have been unable to identify precisely the location and every character in several of the scenes depicted. While some of this may be "artistic liberty", we have invited my law school roommate, Jay Feldman, to join us in refining identifications.  Saturday afternoons, while most of us were watching football games, socializing or studying at law school, Jay would tune in to the Metropolitan Opera and sit at the kitchen table in our rental apartment studying the score while listening to live opera from the Met.  Of course, Sunday afternoons were dedicated to watching the New York Giants on TV.  Living in the NYC area he has maintained a series subscription to the Met and season tickets to the Giants while studying opera at the evening division of the Juilliard.  We welcome his assistance.  Obviously, we invite anyone wishing to sell/trade an opera puzzle, to contact us (raahna@oldpuzzles.com). 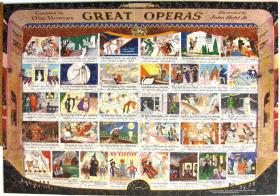 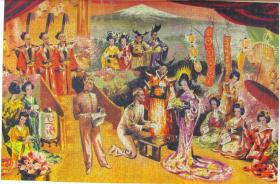 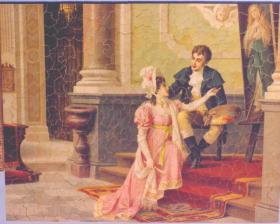 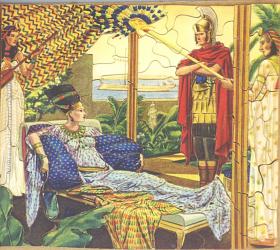 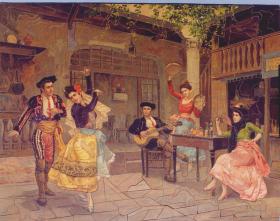 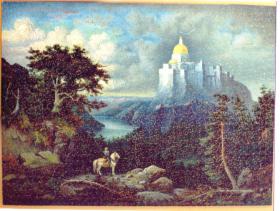 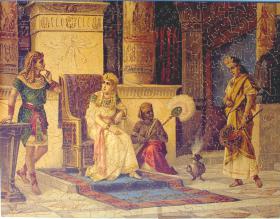 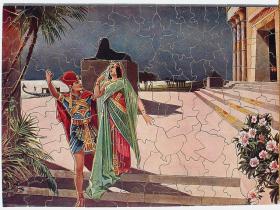 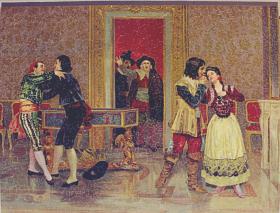 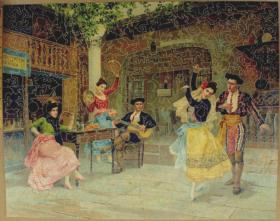 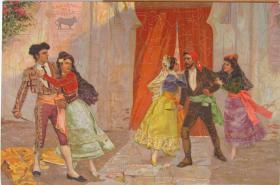 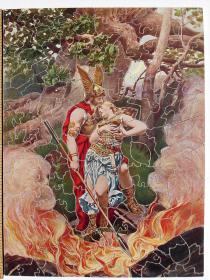 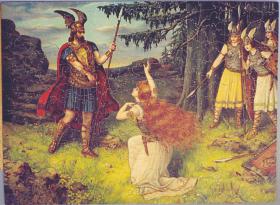 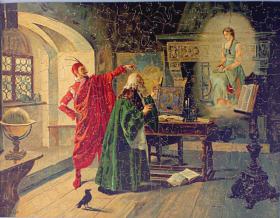 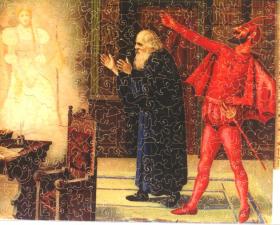 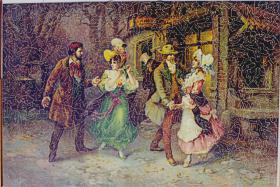 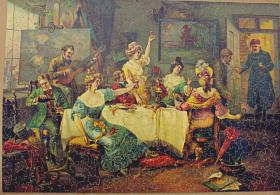 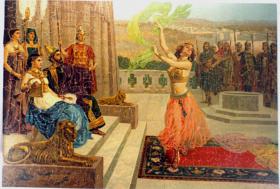 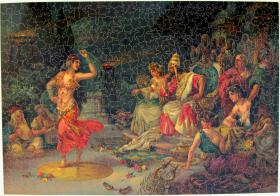 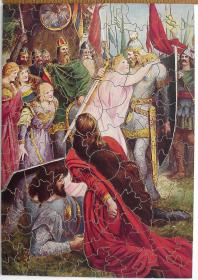 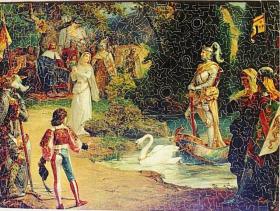 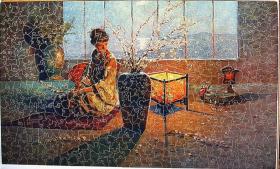 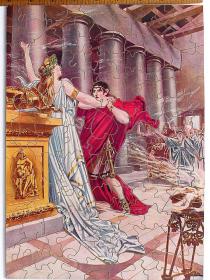 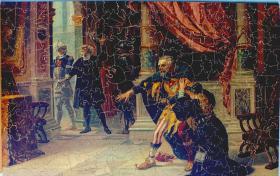 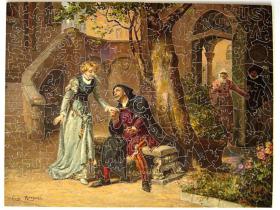 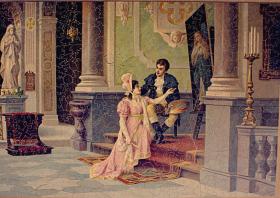