While I may have grown up with “only” two dozen wood jigsaw puzzles, five of them carried the name, distinctive style and/or wood trays of a little known maker/series called “Arteno”. My grandmother and mother had picked up all two dozen from lending libraries as they closed in the late 1930's. The five Arteno's (displayed below) are among the Armstrong family all-time favorite puzzles, especially “Checkers”. Arteno refers to 1) the name of a puzzle maker, 2) the name of puzzle series made by R.T. Novelties, Arteno Co., Mary Roberts and Marilyn Studios, and 3) a style employed in Arteno, Red Top, Artinet, Tourist and Greeting picture puzzles. Study of the Arteno puzzles in the Armstrong and other collections, along with historical research by Anne Williams reveals linkages among all these names.

James A. Binney started the puzzle business in the early 1920's as the Boston Magazine Exchange which shortly evolved into R.T. Novelties, both producing Red Top puzzles, and then became a gift shop at 24 and 25 T Wharf and later at 69 Long Wharf, Boston, MA.  Arteno Co. was in the puzzle business in 1933 at 69 Long Wharf with no owner listed. Binney stayed with the business until 1934 when Mary Roberts and Marion Mason took over the puzzle business using the series names of Arteno and Marilyn Studios. After 1934 apparently only Mary Roberts was involved and she moved the business to Holbrook, MA and produced puzzles with her name as maker and Arteno as the series. Cutting style for the first Red Top brand puzzles ca.1920 is similar to the 1909 era puzzles. Style of later Red Top puzzles rapidly developed into the Arteno style which was carried forward in several different series using the name of Arteno as owner and/or series. Style in puzzles made by Mary Roberts after 1934, however, is somewhat different from the classic Arteno style. This progression can be viewed by following the puzzles displayed below. What amazes me is how quickly Binney developed the highly intricate Arteno style in the 1920's, well before the 1930's when the more intricate puzzle styles flourished.

The Arteno puzzles we love appear to have been cut in the same shops located on T and Long Wharfs in Boston from plywood in a very similar semi-interlocking scroll style with lots of color line cutting, and no figure pieces (but see “The Old Corner Book Store” displayed below). Many pieces have unusual shapes which are esthetically pleasing to view and hold. Usually, the puzzles were packed fully assembled in individual wooden or cardboard trays inside boxes shaped to hold the tray and puzzle, and frequently came with spacers to raise the puzzles to the cover level.  The box also had a tie ribbon around the outside.

A more complete story of the history of Arteno related puzzles and a more detailed analysis of their distinctive style are described in separate articles by Anne Williams and myself, published in the AGPC Quarterly for June 2006. 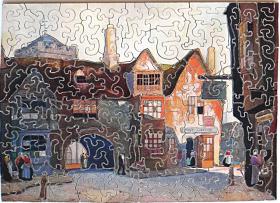 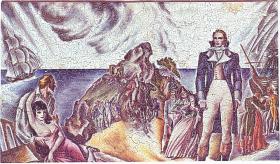 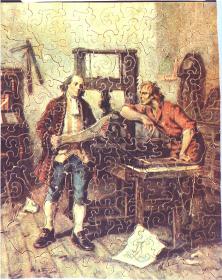 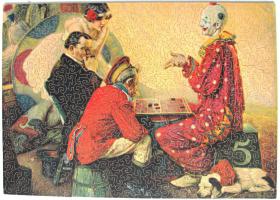 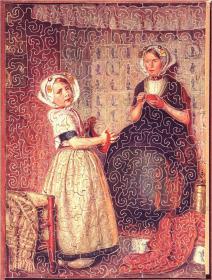 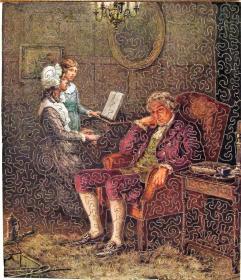 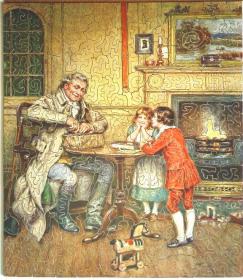 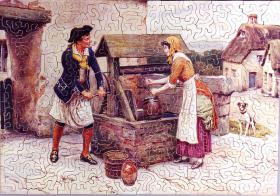 The Wench and the Winch
Maker: Arteno Co
Series: Arteno 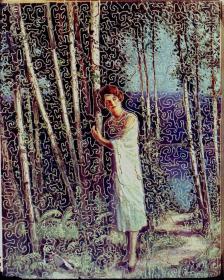 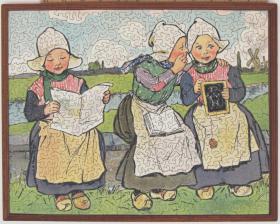 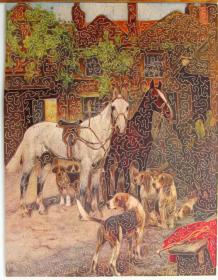 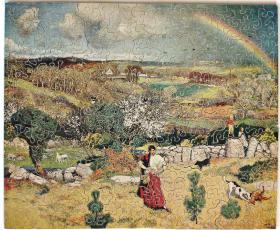 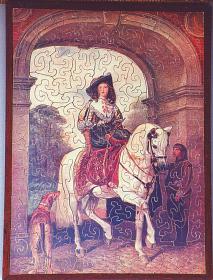 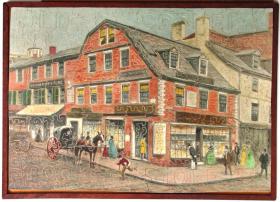 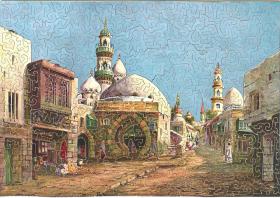 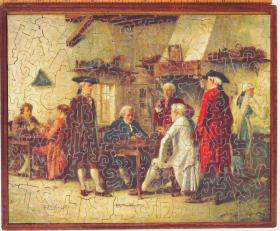 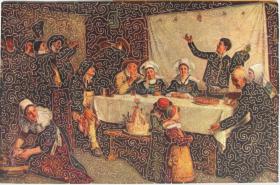 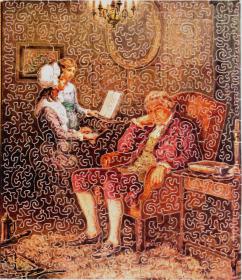 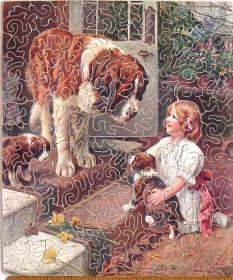 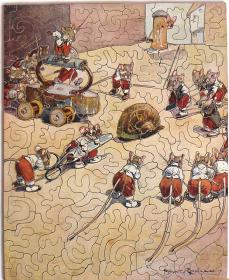 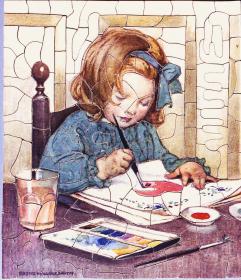 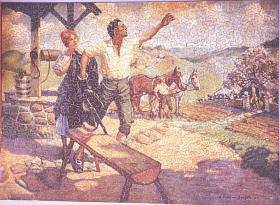 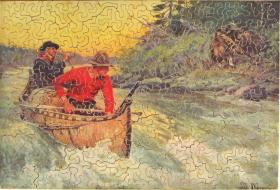 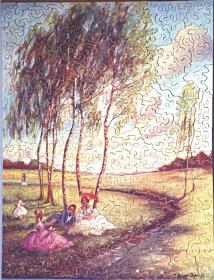 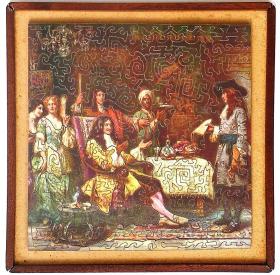 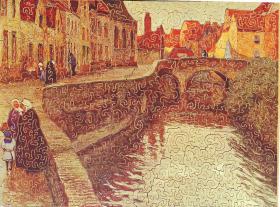 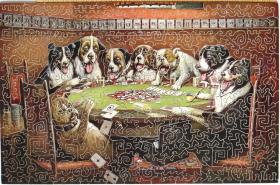 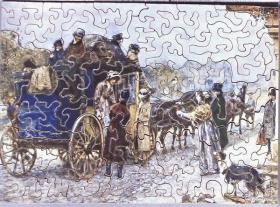