Home » Full of the Dickens

Full of the Dickens - The Cutting Styles

With 14 different puzzle cutters contributing sections and Melinda deliberately switching styles in the white background areas to illustrate as many as possible, Full of the Dickens contains a variety of styles, many mentioned in My analysis of puzzle cutting styles article as well as others created by the cutter.

Some of the more intriguing ones are: 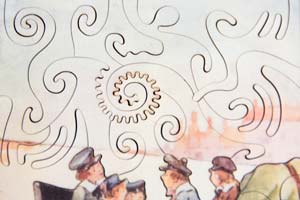 Scroll: John Stokes does a beautiful version which he calls "creative style". Note the intricately cut cog gear variation in the center. 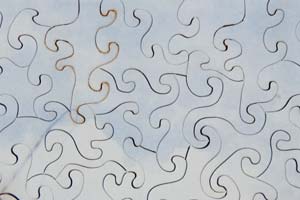 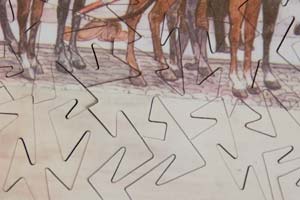 Long/angular: Jeff Abrams cut his entire section in this style. 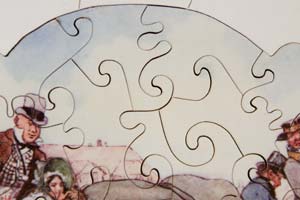 Curl knob: Amy Finley Scott does a beautiful version of this cutting style. 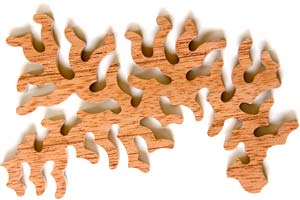 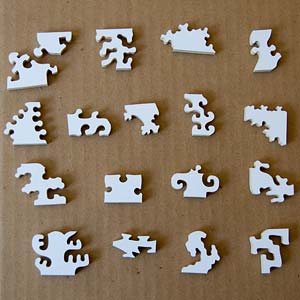 For the sheer variety of styles, check the display of pieces pulled out of the white background cut by Melinda. I don't even have names for all of them!