Home » Full of the Dickens

Full of the Dickens - The Signature Pieces

Melinda also instructed the makers to cut and sign the back of their usual signature pieces. These are specially made figure pieces the maker cuts into his/her puzzles to indicate who made the puzzle in the event the box and/or label is lost over time. I have assembled a chart of these pieces following the order of the sections in the puzzle.

Note: some cutters did not sign their signature pieces and Anne Williams initials and cutting date are printed on the edges of her signature piece because the back is part of a 2-sided puzzle.

In order of left to right, top to bottom, these are: 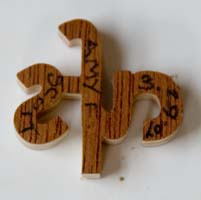 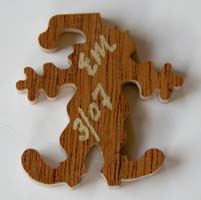 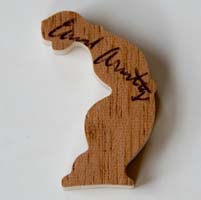 Conrad Armstrong, The Meeting of Pip and Estella at the Inn Yard 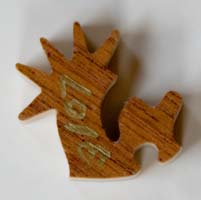 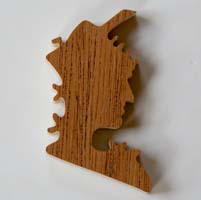 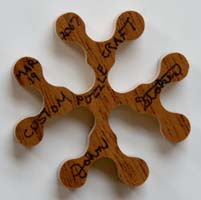 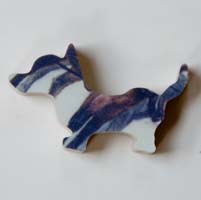 Joe Seymour, Nicholas Nickleby on the Road to Dotheboys Hall. Section is 2-sided so could not be signed on back. Smaller sizes and cutting styles employed by Joe in Mr. Pecksniff Leaves for London, Mr. Pecksniff and the Missus Return from London and Tom Pinch Departs to Seek His Fortune were not conducive for his signature piece 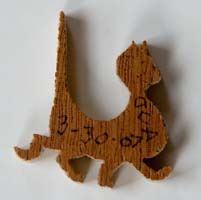 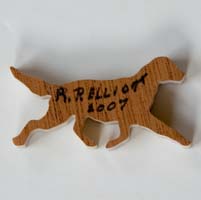 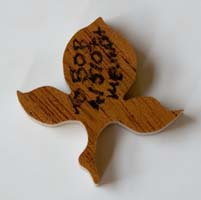 Melinda Shebell, Mr. Pickwick and His Friends Arrived at the Blue Lion. The special cutting techniques employed in the Works of Dickens (center of puzzle) were not conducive for cutting her signature piece, nor were the white background areas throughout the puzzle. 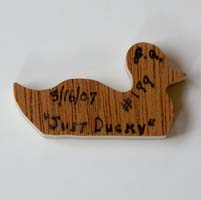 Jeff Abrams, On the Road to Dingley Dell 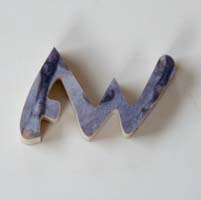 Anne Williams, David Copperfields First Sight of London. Section is 2-sided so Anne initialed and dated the edges of her signature piece. 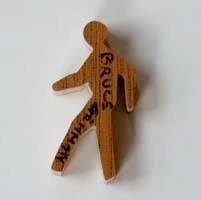 Bruce Gehman, The Election at Eatanswill 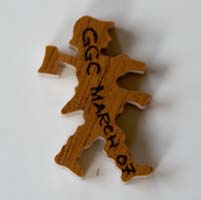 Graham Curtis, The Pickwickians Leave the Golden Cross for Rochester